This training program offers an in-depth advanced exploration into how our unconscious metaphors for moving through life impact who we are what we’re able to do.

What will I learn in Level III and the Masterclass?

In the first two days of this training you will learn Metaphors of Movement level III material, which has been updated and refined over the last 3 years. The second 2 days of training will be an Advanced Metaphors of Movement Masterclass. This will feature client demonstrations both with people from outside, and within, the group. In these sessions Andy will demonstrate how he works start to finish with a client, how he elicits multiple metaphors in a single session, and how he weaves in isomorphic metaphorical stories that match the metaphoric elements represented in the client’s metaphors. The Masterclass will also include new updates from the last year of evolution of this method.

Who can attend Level III and the Masterclass?

Anyone who has attended a minimum of Metaphors of Movement level I training (you can get level I online through Andy’s “Metaphors in my Attic” program). We encourage you to have both level I & level II training for best experience, as Andy will at times reference level II material. If you have only done the online level I training, be sure you’ve gone through all the exercises with someone so you have experience guiding someone in the basic level I material.

What You'll Learn in Level III:

Now that you have Level I & II training, level III (The Ground Work) will teach additional metaphorical categories such as the Supports, Stage and Performance metaphors, immersion metaphors, and attachments, as well as how to treat these differently in a metaphor session. This intermediate level training is an exploration of how we support ourselves and the interaction within the metaphoric environment, and elucidates the principles taught in Level II.
Webinar 1
Webinar 2

What You'll Learn in the Masterclass:

With level I-III training, you now have the foundational material to adeptly handle any metaphorical category or experience that may arise in a session. Now that you have this understanding, the Masterclass gives you opportunity to see Andy Austin demonstrate complete client sessions, from start to finish, and how he elicits not just one, but many metaphors in a single session. Andy will show us how he uses the initial intake form to decide what metaphors to elicit in the first session, how eliciting multiple metaphors in a single session increases the impact and allows important themes to emerge, and how he determines how much time to leave before scheduling the follow-up session.
Webinar 3
Webinar 4

learn more about Metaphors of Movement

Join Us for the Training and See for Yourself! 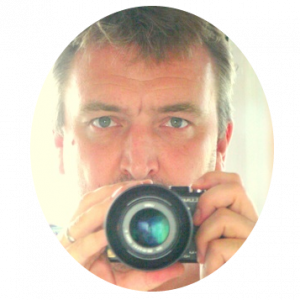 Andrew T. Austin is a neurolinguist and clinical hypnotherapist, and a registered nurse with experience in neurology. He has been teaching therapeutic methodologies since 1996 and has acquired a sizeable reputation with his developments of Metaphors of Movement and Integral Eye Movement Therapy. He also specializes in the treatment of Phantom Limb Pain and Post Traumatic Stress Disorder.

Described by Bill O’Hanlon as “the British Milton Erickson,” he is regularly consulted by television production and media companies regarding alternative psychology, hypnosis and neurological syndromes. He has consulted with and appeared on the BBC program, “Inside Out” (the episode where the cat is registered as a hypnotherapist) as well as on local radio and network television.

Andy has written numerous articles, including publications in The Fortean Times and Best magazine. He is a recognized speaker and international trainer, with regular appearances at the NLP Conference in London, The James Braid Society, The International Bariatric Surgery Conference in Turkey, Advanced Mastery Training (AMT) in the USA and university psychology departments and faculties.

Andy is the author of The Rainbow Machine – Tales from a Neurolinguistic’s Journal, and a contributor to several books including, Sweet Fruit from the Bitter Tree by Mark Andreas, Transforming Negative Self Talk by Steve Andreas, and Restoring Hope: Appreciative Strategies to Resolve Grief and Resentment by Rob Voyle. Andy is known for his never ending creativity and sense of humor, along with the precision and range of his work. He is based in the seaside village of Rustington, West Sussex, England. You can learn more about his work on his website: 23nlpeople.com.

The Rainbow Machine: Tales from a Neurolinguist's Journal
by Andrew Austin

Available on Amazon! A delightful read! Outrageous, funny, insightful, and touching. You’ll enjoy it from start to finish. Packed with experiences from his background working in hospitals, social work, to private counseling practice, Andrew T. Austin shows how NLP can be anything but boring.

Get the book now!

Get the Inside Scoop

Be the first to know about upcoming trainings and new products that can change your life.  >>

Our quality trainings have evolved out of NLP and Ericksonian Hypnosis, and provide transformative possibilities for yourself, your clients, and your community. We offer precise methods for dependable results.